The Ladybug and I recently went to the library, where she spied a dinosaur encyclopedia.

“Encyclopedia,” I offered.  “It’s a kind of book that had information on a variety of topics.  If you wanted to know something about a specific topic, you look it up here in the index,  and then find the page in the encyclopedia that has the information you want on it.

“Oh,” she said. “It’s kind of like Google, but without the internet part.”

The Ladybug is big on science (she was excited about a dinosaur encyclopedia, after all), but is dismayed to find out that none of the other girls in her class are similarly interested.  Instead of paleontology or geology (the Ladybug’s current favorite -ologies), most of the girls want to be models or designers or chefs or extras on Shake It Up, which she finds highly disappointing.

“All the other girls in my class don’t like science,” she said one day whilst working on extracting the skeleton of a triceratops from a block of sandstone.* “They think it’s too dorky or not cool or something.  That’s just dumb.” 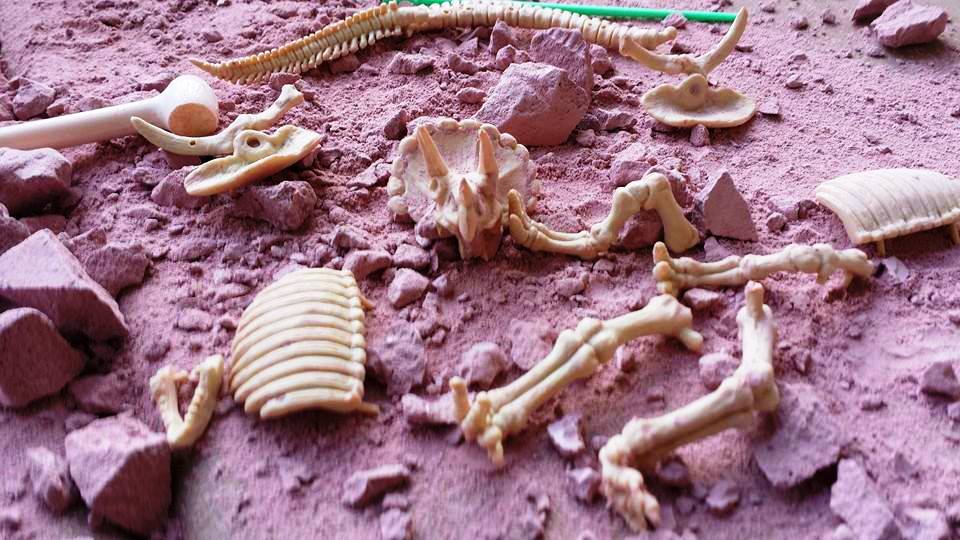 “Why ‘especially girls‘?” the Ladybug asked.

“Because girls are under-represented in science and engineering,” I said.  Seeing the look of confusion on her face, I added: “That means that there are hardly any girls at all who are scientists.”

“One of the reasons is that a long time ago, girls weren’t allowed to be scientists; before that, they weren’t even allowed to go to college.”

“Those were the rules.  Only boys could go to college or be scientists or whatever.  Girls had to stay at home, and take care of the family.”

“That’s not fair,” said the Ladybug.  “Who made up those rules?” 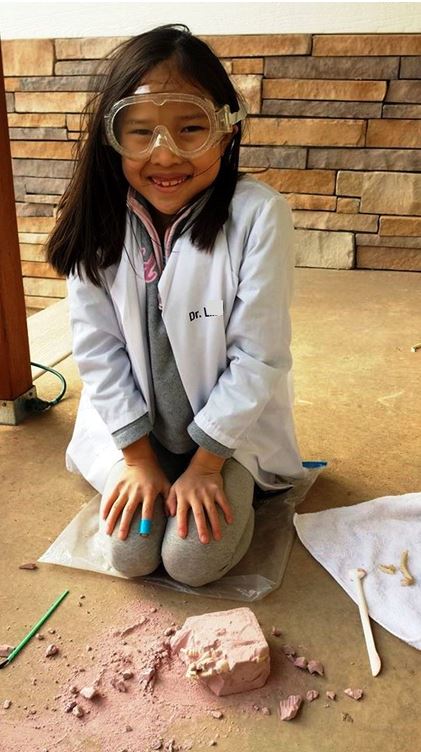 Apparently, I have a little feminist in the making.

* By the way, here’s the finished trike: 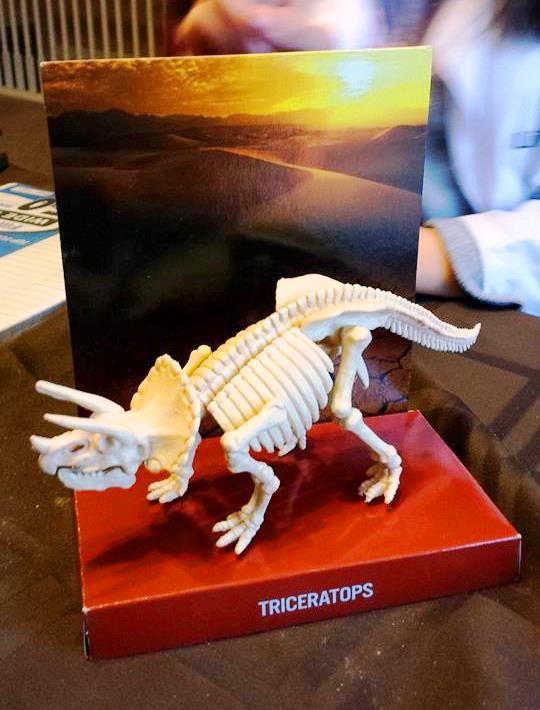