Last year I included a link to an epic Doctor Wh0/Star Trek crossover painting, and my only real complaint about it is that it paired classic Trek with new Who.  Both shows have both classic versions (in which the protagonists typically land on planets forged entirely from Styrofoam and fight “aliens” in rubber masks or goofy make-up) and new versions (in which the protagonists fight aliens with much better make-up on planets now typically forged entirely from CGI)… is it too much to ask to pair up “like” versions of the franchises?

Not only is this pic itself epic, but it’s also apparently part of a Doctor Who / Star Trek TNG crossover comic being published by IDW.  That’s right, the great science fiction enterprises (TNG pun intended) from both sides of the Pond (Who pun intended) are coming together! 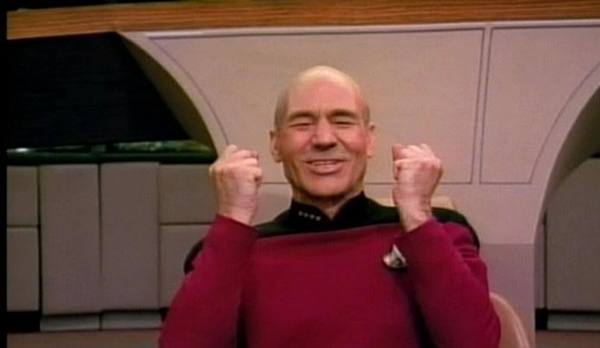 Apparently, the cover art has been released as well, but it fills me with less giddy excitement than seeing the Doctor in Picard’s chair, flanked by the Ponds.  There’s something cool about having the Doctor sit forward, give some set of temporal-spatial coordinates to Geordi, and say… 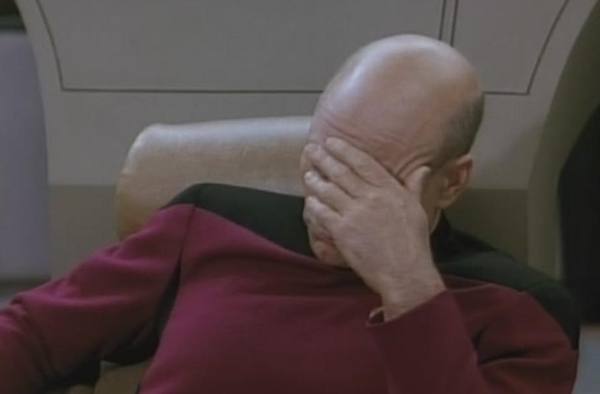 Sorry.  That might have been one pun too many.  Anyways, here’s the cover art:

While seeing the TARDIS twirling around in front of the Enterprise is cool, the title — ASSIMILATION 2 — does fill me with a little dread.  Will they be fusing the two series’ cybernetic assimilators into a common threat?  Will our heroes face off against… 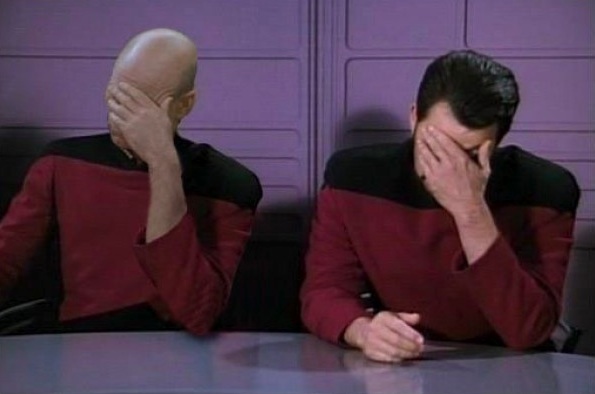 Fine, I’m done.  Go read this interview with IDW editor Denton Tipton, in which he reveals absolutely nothing of interest about the new comic.

However, while we’re on the topic of Doctor Who crossovers, Tr*st*n sent me this slightly oblong Big Bang Theory reference:

…which I think can be traced back to Laerena’s tumblr.

This entry was posted in teeveeify. Bookmark the permalink.